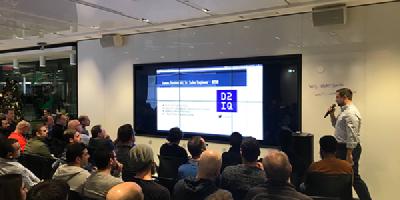 The last series of Kubernetes + Cloud Native meetups in 2019 have come to a close. Our roadshow took us to Ottawa, Toronto, Kitchener-Waterloo, Montreal, and Quebec. Each meetup began with a recap of the KubeCon San Diego as well as news about the recent releases of Kubernetes 1.16 and 1.17, Istio 1.3 and 1.4, and Helm 3. A variety of subjects were then discussed, and we were excited to see such active participation from Eastern Canada’s communities.

We started off in Ottawa. Wes Macdonald and Eric Leonard from Microsoft began with a talk called ‘Kubernetes Security with Calico and Open Policy Agent’ that examined certain security problems you may encounter when discussing networking and governance policies in Kubernetes. Chris Carty (our lone Canadian who presented at KubeCon!) from the City of Ottawa then gave a case study detailing how the City of Ottawa went cloud native. While it now has a scalable Kubernetes platform with fully automated CI/CD pipelines, there were many challenges along the way.

Olga Kundzich from Spinnaker started off the meetup in Toronto with a talk called ‘Modern DevOps with Spinnaker and State of the Kubernetes Provider.’ She spoke about many of Spinnaker’s CD best practices and considered its deployments across Kubernetes clusters. Chris Canty delivered the same talk as in Ottawa. Julian Mazzitelli from BioBox then presented ‘Designing a complete CI/CD pipeline using Argo Events, Workflow, and CD projects,’ where he focused on how to create custom CI/CD flows.

This talk also kicked off the meetup in Kitchener-Waterloo, where Andy Kwiatkowski also gave a talk called ‘Autoscaling in Reality: Lessons learned from adaptively scaling Kubernetes’. He dove into what it took for Shopify to create its own autoscaler, from writing traffic-smoothing algorithms to dealing with regional evacuations and handling noise from a system being continuously deployed. 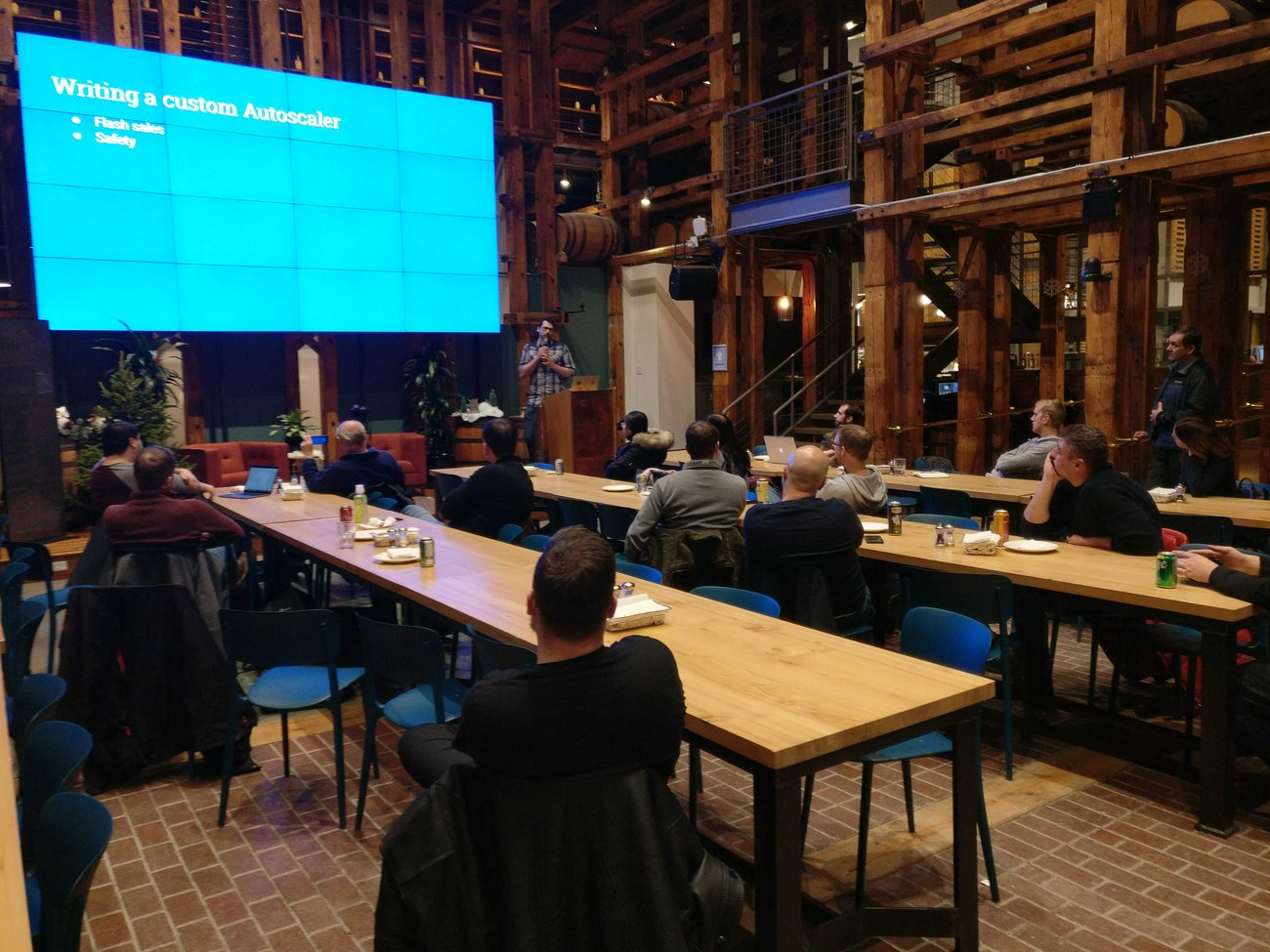 In Montreal, Alex Gervais from Datawire gave a talk called ‘Build Your Own Serverless with Knative.’ He gave a recap of the basic guidelines, use cases, and benefits of serverless architectures, and explored the ways Knative can be leveraged to support your growing ecosystem of functions. Michael Tanenbaum from D2IQ then presented ‘Building Operators with Kudo.’ The Kudo project introduces an easy way to build Kubernetes operators using declarative YAML, which Michael demoed in this talk.

The last meetup of this roadshow was in Quebec City. Sebastien Thomas presented ‘Banzaicloud Kafka Operator Tour and Cluster Autoscaling.’ He reviewed the benefits of using Kafka Operator and demonstrated how CRDs can be used to bootstrap auto-scaling clusters based on Prometheus. Alex Gervais from Datawire then gave the same talk on serverless architectures that was given in Montreal.

It was great seeing Eastern Canada’s Kubernetes and Cloud Native communities. We have some new volunteers who helped host this quarter; shout out to Christopher Vollick, Anthony Dahanne, and Alex Gervais for doing a great job leading the events. We’d like to extend a big thank you to all our speakers as well as Shopify for having hosted in Ottawa and Kitchener-Waterloo, Ecobee in Toronto, Desjardins in Montreal, and Ticketmaster in Quebec City.

Cloud Native Day 2020 will take place in Montreal on June 9th. The CFP will open in early 2020, so stay tuned. Be the first to hear updates by signing up to the Cloud Native newsletter, or sign up to your local community in Montreal, Quebec City, Ottawa, Toronto, and Kitchener-Waterloo.