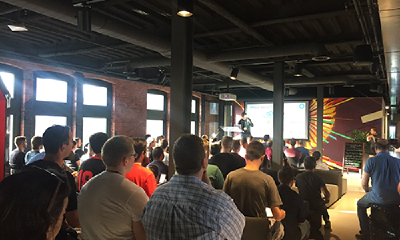 Kubernetes celebrated its fourth birthday across eastern Canada this week with a series of cloud native meetups in Montreal, Quebec City, Ottawa, Toronto, and Kitchener-Waterloo. This quarter’s series of Kubernetes and Cloud Native meetups brought together a range of speakers, including Ayrat Khayretdinov, Baruch Sadogursky, Jonathan Katz, and Daniel Tomcej. Below is an overview of the content of their presentations.

A Kubernetes 1.11 update reviewing the ecosystem by our very own CNCF ambassador, Ayrat Khayretdninov, kicked off each meetup. While Joe Beda made the first commit to Kubernetes on June 6th, 2014, recent activity has demonstrated the project’s longevity and maturity. Marking the graduation of Prometheus as the second CNCF project to have reached Graduation phase, PromCon took place in Munich last week. New projects continue to be adopted into the CNCF sandbox including OpenMetrics, which creates a neutral metrics exposition format based on Prometheus, and Harbour, a a trusted cloud native container registry. With the release of Kubernetes version 1.11, many existing features have reached graduation including IPVS-based in-cluster service load balancing, CoreDNS, dynamic Kubelet configuration, and storage protection and resizing. Some new features include online volume resizing, RunAsGroup, priority and preemption, and AWS, Azure, GCE disks, and Ceph RBD raw block volume support. A complete list of changes can be found on the Kubernetes release page. CloudOps is looking forward to the upcoming KubeCon in Seattle in December. If you are coming, let us know and swing by our booth! 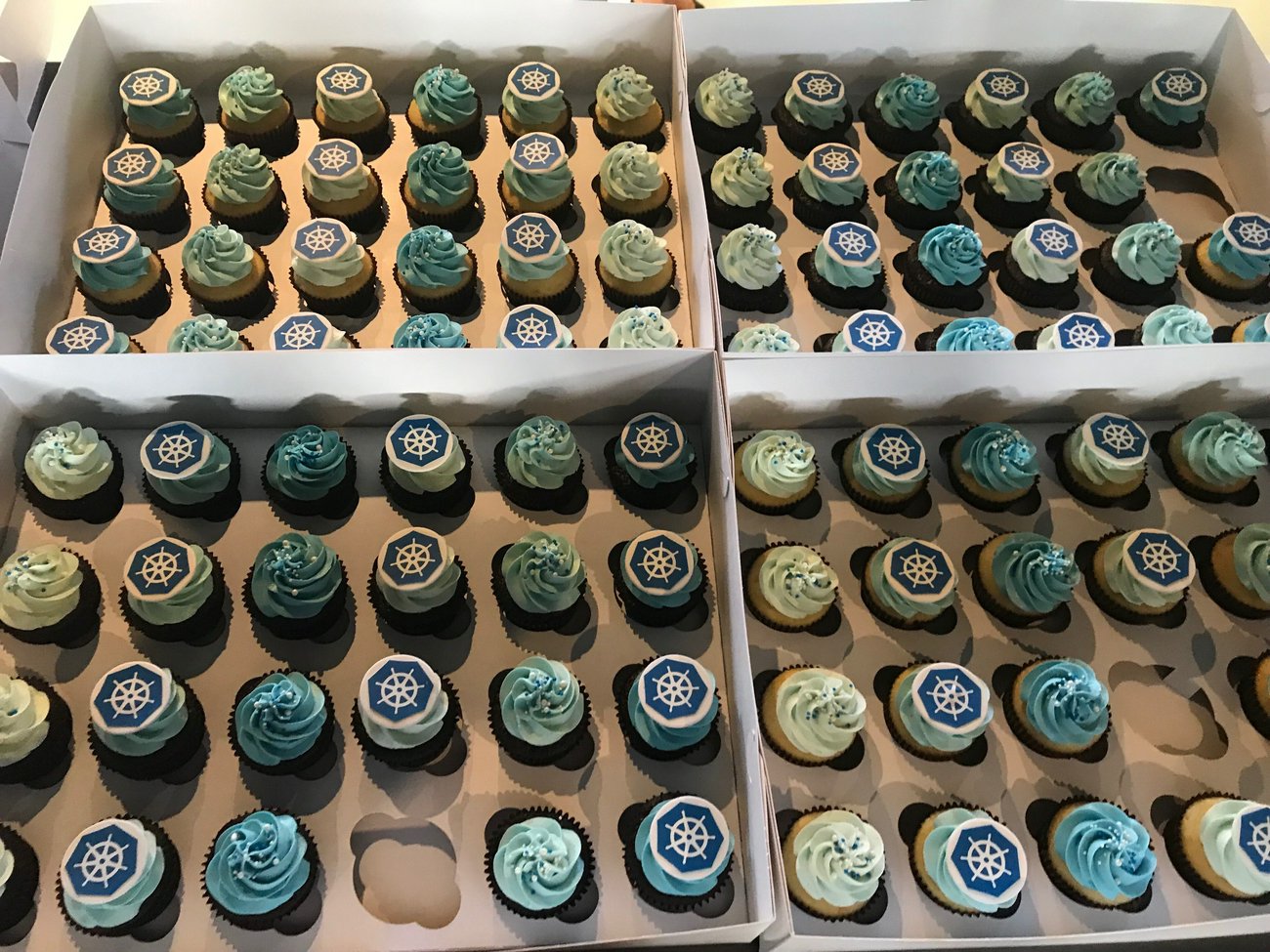 There was community interest in several other projects, including Knative, a Kubernetes serverless framework, and Gvisor. Google’s new managed Istio services and GKE on-prem offering prompted interest in the upcoming GCP meetups in Montreal and Ottawa. Don’t miss the chance to join the GDG Cloud community and expand your knowledge. The next GDG Meetups are planned for September and will feature a Google Cloud Extended event along with some hands-on labs for Kubernetes and Machine Learning.

Montreal enjoyed a talk by Baruch Sadogursky called ‘Where the Helm are my binaries?’ Head of Developer Relations at JFrog, Baruch discussed how Helm charts can make deployments in Kubernetes significantly easier with Artifactory. The simplicity of Helm charts make them ideal for handling metadata. Baruch demonstrated how to create reliable and transparent pipelines from code to cluster using Git, Artifactory, Docker, Kubernetes, and Helm. Such transparency is critical for modern, dynamic applications. Read more about his presentation or watch an interview with him.

Jonathan Katz from Crunchy Data provided the meetups with a review of the postgres-operator and how it has helped PostgreSQL on its cloud native journey. The postgres-operator automates the deployment of PostgreSQL clusters using the Kubernetes API. It can help solve the discrepancy between the inherent statefulness of databases and the statelessness of containers. As containerized technologies have matured, it should be as seamless to run a database in containers as it is VMs. Automation helps, and the postgres-operator can allow you to easily setup development environments and production Database-as-a-Service. Watch our interview with him here or view his presentation here. 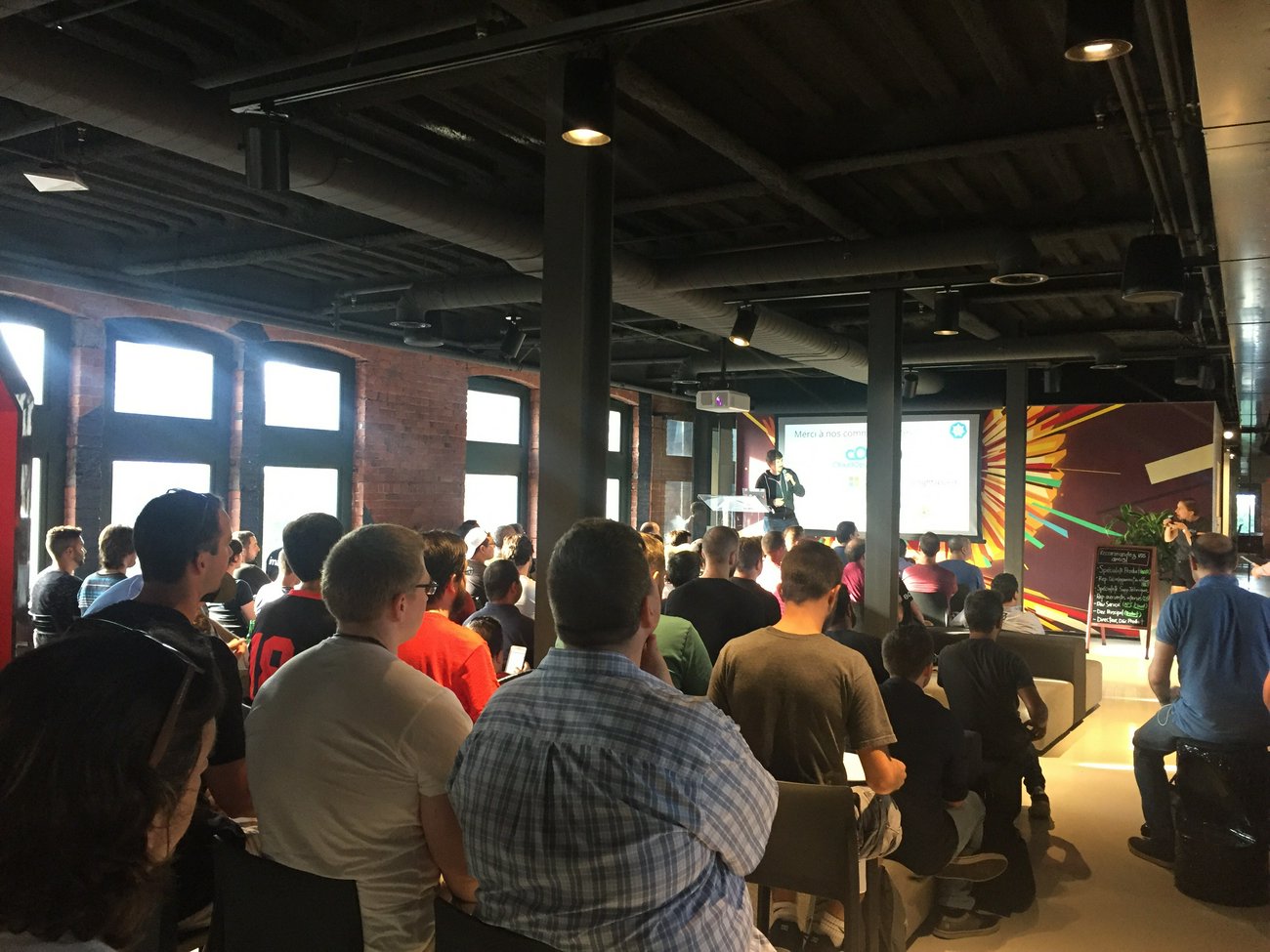 Traefik was next, and Daniel Tomcej from Containous spoke about using Traefik with Boulder to provide end-to-end TLS (all the way from the client to the pod) automatically in development environments. Traefik is a cloud native edge router. It is a reverse proxy, and it has a native Ingress Controller built into it. Encryption is necessary for grpc functionality as well as compliance with GDPR, PCI DSS, HIPAA, and SAAR. Encryption is therefore no longer a desired goal but a requirement, making Daniel’s demo connecting Traefik to Kubernetes all the more relevant. Watch our interview with him here or view his presentation here (the code is https://github.com/dtomcej/meetup2018).

Finally, the meetup in Kitchener-Waterloo included a talk by Christopher Vollick from Shopify entitled ‘Custom Resource Definitions and Automation’. As Kubernetes becomes even more extensible, this talk helped the community find ways to extend Kubernetes so as to handle their own custom workflows.

Altogether, CloudOps was happy to see how much the cloud native community has grown in Canada. We would like to thank all attendees and speakers. In addition to our faithful sponsors (Microsoft, CloudOps, Red Hat, Aqua Security, JFrog, Rancher, GitLab, Cilium), big shout outs go to Shopify for hosting us in Ottawa and Kitchener-Waterloo, Ticketmaster in Quebec City, Lightspeed in Montreal, and Ecobee in Toronto. Thank you, Architech for providing cupcakes!

Keep your eyes and ears open for the next series of cloud native meetups in November. Join the meetup pages to stay tuned to all things cloud native in Montreal, Ottawa, Toronto, Quebec, and Kitchener-Waterloo, or sign up for a workshop to learn more.