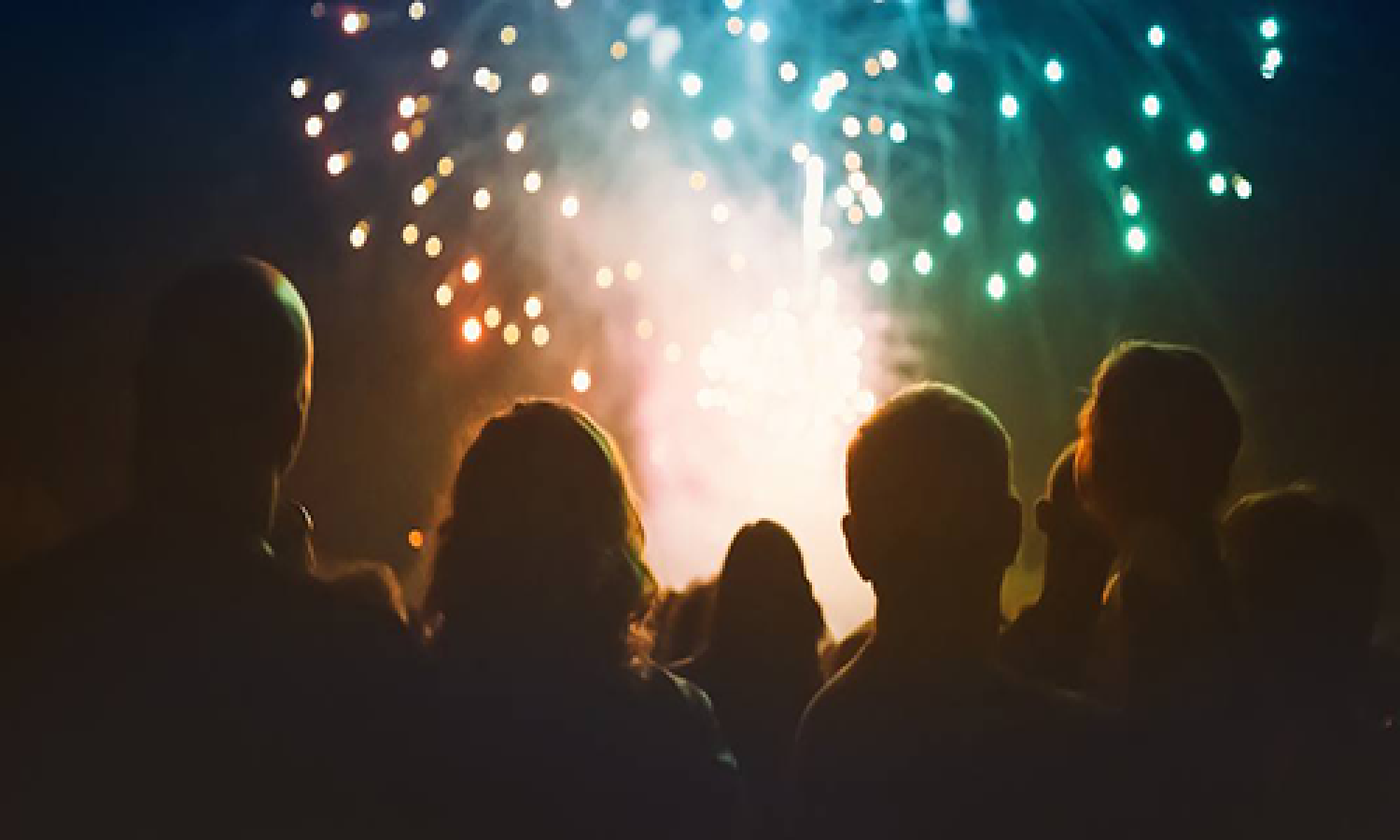 We continue to race into an ‘everything as a service’ world. The pace is accelerating and the stakes are intensifying. Success in a cloudy world requires software defined operations: end-to-end automation, data collection of all potentially relevant metrics, and smart algorithms that apply predictive analytics (or even machine learning) to ‘big’ data for decision making and hypothesis testing. In 2018, virtuous cycles of lean and agile will operate more closely with computers in the loop leaving humans with the role of steering and supervising like air traffic controllers. Relentless iteration on market feedback is winning over ivory tower ideation. Operational excellence will increasingly be required.

What CloudOps is Betting On:

1. ‘The cloud’ has won – We are finally in a ‘cloud first’ world, even in Canada. Any company can benefit from being able to dynamically right-size their infrastructure according to their changing needs. There are multiple clouds out there (AWS, Google, Azure, regional, niche, etc.), and they are all complicated, fast moving, and full of challenges. Importantly, they all aspire to go beyond ‘undifferentiated heavy lifting’ and instead become the default platform for applications (think win32). Our job now is less about getting folks to the cloud and more about helping our customers take maximum advantage while avoiding pitfalls. The rise of serverless introduces a whole new level of lock-in and complexity that needs to be managed and mitigated. Now that we are all in on the cloud, our bet is that a relentless focus on operational excellence will separate those who benefit from those who fall behind.

2. Cloud has unlocked the Future – Thanks to cloud computing’s affordable costs and on demand nature, it is cheaper than ever to experiment, as well as to scale in response to unanticipated requirements. This allows startups and existing business to develop, test and deliver products faster than ever before. The cloud has unlocked a veritable Civilization-style technology tree of innovation: Big Data, IoT, Machine Learning, Serverless…the list is long, but we need to have our eyes wide open here due to platform lock-in (the new win32), data gravity (can you migrate your data out?), the potential for inefficient usage (monthly bill shock anyone?), and scarily efficient abuse (hackers love automation and scalability too). We have barely scratched the surface of what can be done with cloud technologies. Similar to the early days of the web, it is hard to imagine what will be possible as cloud services and the network capacity to support them evolve over the next decade. We expect cloud technologies to extend from their current highly centralized form to the edge, and to ultimately form a software defined fabric that is distributed to the edge but can be controlled centrally. CloudOps is betting long and wide on cloud!

3. Containers and their orchestration: the path to PaaS – The abstraction and normalization of web infrastructure with containers was first proposed to the rest of the CloudOps team by our CTO, Will Stevens, who was using an open source tool called OpenVZ back in 2008 as a method of greatly speeding up his application development while using resources more efficiently. This approach was eventually popularized by Docker, as part of what has become the ‘new stack’ approach of Infrastructure as Code (IaC). Cloud native container automation and orchestration and CI/CD are allowing organizations to develop once and run (almost) anywhere while reserving the right to change their minds, platforms and vendors. Docker and Kubernetes were therefore a natural fit with CloudOps’ mission, and are helping us fulfill our vision of giving customers choice over where their applications are run. It is notable that the whole industry has recently standardized on Kubernetes as a universal platform engine, with mature PaaS tools such as OpenShift, GKE, and even Pivotal and AWS deciding to upgrade their engines to support K8s orchestration of containers. This market is evolving at a breakneck pace, and integrating container based solutions with networking and software tools, in a way that is long term supportable and future proof, will be a key piece to solve for. One of the key bets here is that containers will become multi-talented, and move beyond the original Docker microservices ‘one container, one process’ approach to power virtual network functions and even full virtual machines.

4. DevOps – ‘Automating all the things’ – Policy, procedure, and compliance are essential, but humans are terrible at this by nature. The automation of processes is critical to operational excellence. To achieve this, operations need to become something developers solve in code instead of an afterthought to be figured out by a team of sysadmins. DevOps team practices, wherein operational success is owned jointly by application developers and operators, have become the new standard. Automation will be the key to efficiently delivering and ensuring that CloudOps and our customers are able to exceed their compliance and performance objectives. Initially, DevOps was primarily for ‘application centric’ companies. Increasingly, it is winning over the enterprise with their portfolios of custom applications that run side-by-side with COTS in the cloud. App modernization and cloud native greenfield deployments are top-of-mind for enterprises undergoing digital transformation. In this case we are betting on the people who, while slow to transform the way they work (and not everyone does), are ultimately the ones creating and delivering the customer experience and leading us into the future.

5. Open source at the core – Open source software is of paramount importance because, when working well, the community network effects, transparency and scale allow participants to derive amazing value while owning their destiny. Control planes for an ‘as a service’ world are increasingly built with open source orchestrators. Our investments in OpenStack, CloudStack, Terraform, Docker, Kubernetes, OpenShift, Ansible, and a variety of other open source networking communities have been key to building value for our customers, and we plan on continuing to build upon this reputation as a leader in delivering solutions that leverage open source where appropriate. We have learned over many years that open source based automation and orchestration is a key success factor in a customer’s ability to control their destiny. Open source is one of our biggest bets of all. That said, while compute and storage are well on their way, networking has been slow to transition to an open source model.

6. Networking – to software define or not to software define… – Applications are only as good as their networks. In a world of rapid change, the speed of light is a constant, which led the late great Jim Grey to state that “compared with the cost of moving bits, everything else is free.” Networking is critical because, all other things being equal, it is the differentiator. As the generation and consumption of data grows and accelerates, the network will not be able to keep up. This will become more important over time and our investment in building, optimizing, and securing networks is a key capability. Software defined networking lags compute and storage, but all things point to 2018 being a huge year for real world open source SDN solutions. The shift to containerized architectures is leading to more complex network architectures with more moving parts, each with their own networking stack. Herding all these cats and controlling outcomes so customers can get the architectural benefits of cloud native approaches while ensuring they can scale the networking along with their application growth is a key bet at CloudOps.

7. The last mile – software defined Anything as a Service! – Usually, the ‘last mile’ evokes the last networking hop. But in an ‘everything as a service’ world, the last mile of customer experience concerns the way services are consumed. Many service providers require their customers use multiple disparate applications while lacking coordination between services. Customer experience and product interface refinement is often an afterthought as engineering led firms focus on delivering features instead of experiences. CloudMC and Master Portal help service providers aggregate multiple disparate services into a single consistent pane of glass to provide the best possible level of integration and customer experience while maintaining a layer of security and cost governance. Most importantly, CloudOps’ software tools allow service providers to reserve the right to adjust this menu of services and plug in whatever services meet their needs while maintaining a unified experience. We will need to continue to understand the ecosystem interplay between our software, open source projects, and proprietary vendor products to maximize this bet.

Wrapping it all up – Wow, 7 bets in one post. What more can we say? One thing is for certain, the following market needs are future proof because our work to continuously improve these solutions is never finished:

Finally, open source will be key to solving all three of these challenges and will see greater acceptance in the market than ever before. Don’t bet against the power of open source, the cloud wouldn’t exist without it!

Reach out to us if we can help your organization. 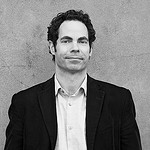 Ian Rae is the founder and CEO of CloudOps, a cloud computing consulting firm that provides multi-cloud solutions for software companies, enterprises, and telecommunications providers. Ian is also the founder of cloud.ca, a Canadian cloud infrastructure as a service (IaaS) focused on data residency, privacy, and security requirements. He is a partner at Year One Labs, a lean startup incubator, and is the founder of the Centre cloud.ca in Montreal. Prior to clouds, Ian was responsible for engineering at Coradiant, a leader in application performance management.