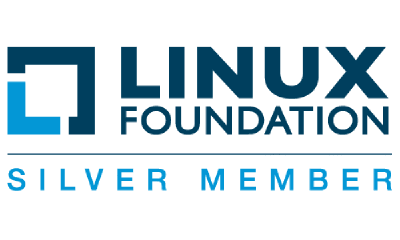 CloudOps has always believed that open source software plays an important role in any cloud-based solution. By leveraging the power of community, open source projects transcend the incumbent industry players to act as a catalyst for transformation. The Linux Foundation and its subsidiary foundations provide sustainable ecosystems for these communities to grow and flourish. As a member of The Linux Foundation, the Cloud Native Computing Foundation (CNCF), and The LFNetworking Fund (LFN), CloudOps is proud of its commitment to open source. As Ian Rae, our CEO, stated:

“Open source software is paramount to our customers’ ability to control their destinies as the world races towards a data-centric, cloud native as-a-service economy. The Linux Foundation is a key steward of mission-critical components of a global cloud infrastructure. The CNCF is a game changing open source foundation leading key projects that allow the market to move towards the inevitable goal – truly open and portable cloud agnostic architectures. The LFN is of particular interest because moving data efficiently and securely will be the most important capability for businesses operating at scale in a digital world.”

The LFN launched in early 2018 with the goal of harmonizing open source networking projects.The governing boards provide members with a consolidated infrastructure that consists of a technical advisory council to encourage the technical integration of member projects, and a marketing advisory council to encourage their commercial adoption. LFN consists of six founding projects: FD.io, OpenDaylight, ONAP, OPNFV, PNDA, and SNAS. Arpit Joshipura, the General Manager of Networking, The Linux Foundation, stated:

“We are excited to welcome CloudOps to the LFN. As we continue to expand our efforts into cloud and automation, the support of companies like CloudOps with an open source focus is crucial. We look forward to further collaborating with CloudOps and the broader LFN community.”

For open source projects being carried from concept to application, the success of Kubernetes is testament to the efficacy of CNCF’s model. Since being contributed to CNCF as a seed technology, Kubernetes has been generally accepted as the industry standard. Cloud native open source projects have progressively integrated into Kubernetes. Though the Foundation’s project umbrella, the community encourages the technical integration and commercial adoption of its hosted technologies – thereby accelerating open source development within the cloud. The movement of this data will be the next step for businesses operating at scale.

Our involvement in networking comes from an expertise in the cloud space, and we have a pool of diverse talent working on integrations for clients. Sitting at the intersection between the networking stack and Kubernetes, we are heavily involved in promoting both cloud native and networking open source projects. As a Kubernetes Certified Service Provider, we have substantial expertise in Kubernetes and its deployments over multiple avenues. Furthermore, we are actively involved in expanding communities through education. Our CNCF ambassador and the rest of our container team teach workshops on Docker and Kubernetes throughout Canada. Learn more about our upcoming training here.