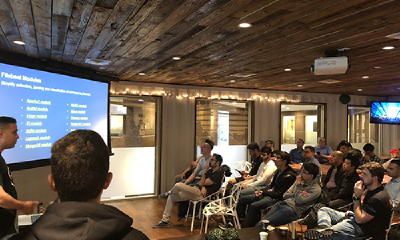 With summer right around the corner, CloudOps held a series of Kubernetes and Cloud Native meetups in Montreal, Kitchener-Waterloo, Ottawa, Toronto, and Quebec City. In the wake of KubeCon in Barcelona, updates on the Kubernetes and cloud native ecosystem were given by Ayrat Khayretdinov, our very own CNCF ambassador.

The meetups begin in Montreal at Ubisoft’s office. Jean-Philippe Belanger from Upgrade started the meetup in Montreal with a highly anticipated talk discussing GitOps and ArgoCD. Jean-Philippe demonstrated this from PR to cluster. Joel Beaudry from Mediagrif then spoke about Mediagrif’s journey to modernise their services on AWS. CloudOps helped Mediagrif as modernize their services with EKS, deploying workloads inside Kubernetes clusters and building CI/CD pipelines with Jenkins, Velero, Helm, Prometheus, Grafana, and ELK.

At the Jive office in Quebec City, Ian Crosby from Container Solutions presented ‘Kubernetes: Crossing the Chasm.’ With Kubernetes having reached critical adoption and entering the mainstream market, its use cases are starting to bring new sets of challenges that don’t always fitting the original mold. Ian discussed a few case studies and highlighted their challenges adopting Kubernetes as well as the solutions and tools that helped overcome these challenges. Gregory Eric Sanderson, software developer at Jive, spoke about the architecture solution for distributed logging with Kubernetes leveraged by Jive/LogMeIn. It combines Kubernetes, filebeat, journalbeat, kafka, and elasticsearch. His presentation was a lively mixture of software development and his involvement in the African dance troupes of Quebec.

The community in Ottawa was greeted by Jonathan Gold from Container Solutions who gave a workshop that explored advanced deployment strategies with Kubernetes and Istio at NiiR Technology. Istio can be leveraged to route external traffic to different versions of your application. Some of the concepts covered included canary deployments with sticky sessions and A/B testing to serve traffic based on different unique identifiers. Community members got their hands dirty and implemented strategies in their own environments. 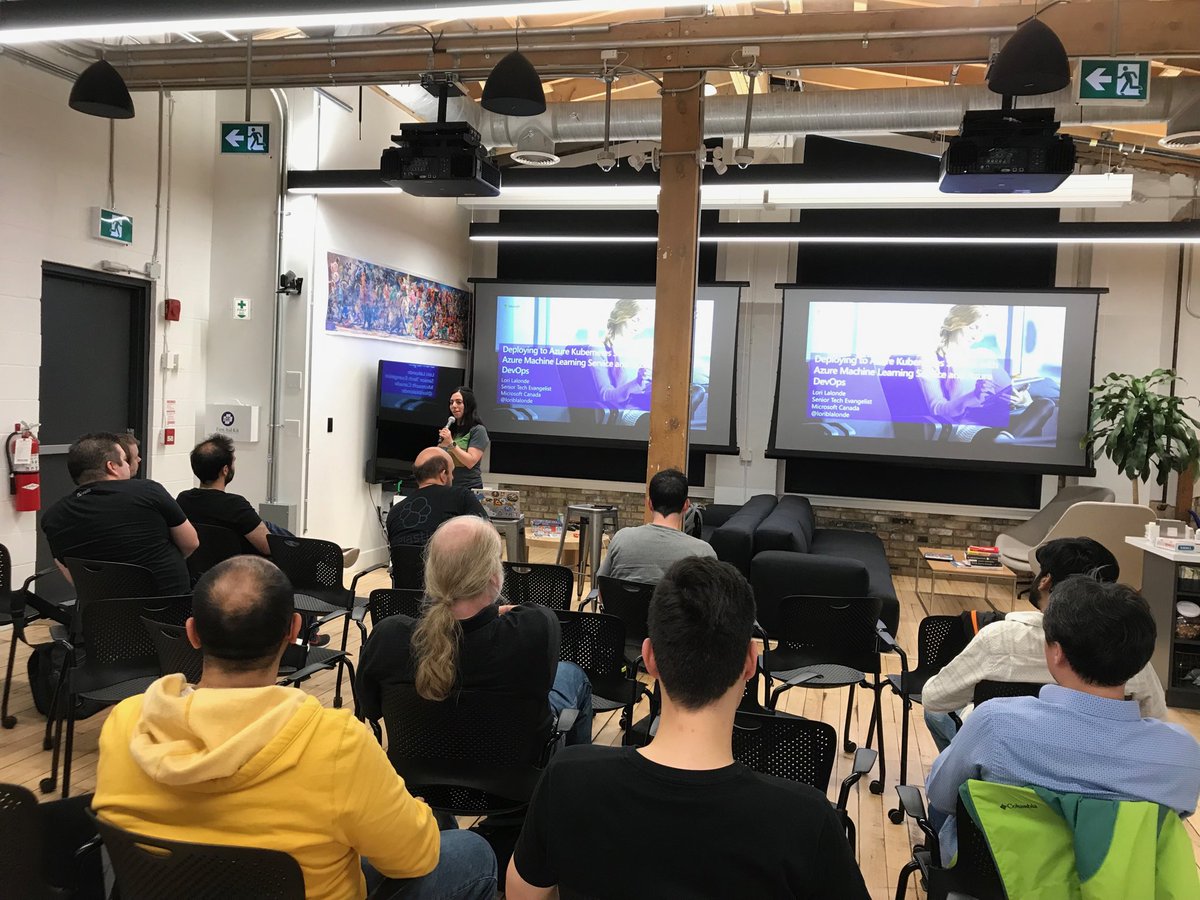 In Toronto, the meetup began at Flybits with Ray Kao and Kevin Harris from Microsoft presenting ‘Kubernetes Security with Calico and Open Policy Agent.’ Their talk covered the key security considerations organizations should take into account when reviewing their networking and governance policies with Kubernetes, looking at Calico and Open Policy Agent as well as discussing container runtime security at high levels. Artem Pogossian from Elastic then discussed how Kubernetes, while simplifying application deployment in containers, does add complexity to the daily tasks associated with managing application performance and gaining visibility into containers. His talk, called ‘Observable Kubernetes,’ provided insights from the three pillars of Kubernetes observability: logging, metrics, and tracing. The meetup in Toronto concluded with a presentation by David Doyle from Connected.io called ‘Our Journey to Service 5 Million Messaging Connections on Kubernetes: Bose.’ His case study showed how he built a high-scale messaging and state store on Kubernetes by splitting their team into Makers who developed the solution stack, and Breakers who focused on repurposing Locust, a high-scale load testing framework, to stimulate behaviour. By leveraging the flexibility of Kubernetes, they were able to scale the stack and solve blockers in finding a viable solution.

Finally, tickets for Eastern Canada’s Cloud Native Day that happened shortly after were given out to certain community members (stay tuned for a blog post on Cloud Native Day). It was great to see the local Kubernetes and Cloud Native communities across Eastern Canada once more and to see how these communities have grown over the years. Thank you Microsoft, Rancher, Elastic, Red Hat, Tigera, and Container Solutions for sponsoring these meetups. Thank you Ubisoft for hosting in Montreal, Jive in Quebec City, NiiR Technology in Ottawa, Flybits in Toronto, and Square in Kitchener-Waterloo. Keep your eyes and ears open for the Q3 cloud native meetups. Join the meetup pages for Montreal, Ottawa, Toronto, Quebec, and Kitchener-Waterloo to stay tuned.