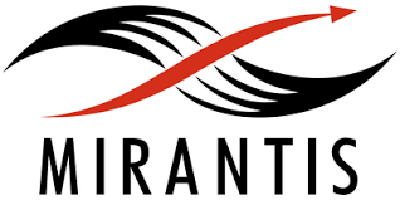 OpenStack has dominated conversations in the cloud computing industry for some time as the open source foundation receives funding, code contributions and support from many important players in the space. More than 20 distinct OpenStack projects have been launched in the last 5 years.

At CloudOps, we are strong supporters of open source communities, contributing to both OpenStack and Apache CloudStack projects. Our CEO, Ian Rae, often compares the two technologies to Playmobil vs Lego; basically that with Playmobil you have a kit of pre-molded parts which allow you to get to play almost right away, whereas Lego lets you customize down to the individual bricks of the infrastructure…and while Lego takes longer to build, it can also be re-configured to meet changing needs.

It is with that flexibility in mind that CloudOps decided to invest in OpenStack as a line of business and partnered with Mirantis to do so. Rae says “we spent a lot of time tracking the OpenStack ecosystem and we were impressed with Mirantis’ focus on making sure the open source version of OpenStack actually worked. They were able to raise enough money to pursue this properly and remain independent.” Mirantis describes itself as a Pure Play OpenStack company, meaning it deploys the software in conjunction with support, service and training, all while staying true an approach that remains as close as possible to the open source code. This is especially important for enterprises looking to build their own clouds and avoid vendor lock-in that comes from proprietary “embrace and extend” features of competitors.

CloudOps has always highlighted the critical importance of operations in cloud deployments. “Mirantis has a commitment to cloud operationalization” Rae notes. The next phase of the partnership with Mirantis  include projects with Canadian enterprises and the introduction of managed services for OpenStack projects.

To support the increasing demand for Mirantis OpenStack solutions and services CloudOps is currently hiring cloud ninjas and unicorns, including OpenStack architects and deployment engineers.